The new game will simply be called ‘Forza Motorsport’

The new Forza Motorsport game was first revealed at the Xbox Games Showcase in July 2020 with a quick trailer. The short video confirmed that Turn 10 Studios will, once again, be tasked with developing the new title. We also learned that the game will simply be called Forza Motorsport, dropping the sequential numbering convention the franchise had previously used, implying a sort of soft reboot of the series.

Series’ creative director, Chris Esaki, spoke about the removal of the ‘8’ from what would be the eighth entry in the series: “There’s no sequential eight after the title. It really is an all-new Forza Motorsport experience.”

When is Forza Motorsport 8 coming out?

Forza Motorsport was first announced in July 2020, just a few months ahead of the release of the Xbox Series S|X. Microsoft was quick to quell any speculation that it would be a console launch title, leading to rumours that Forza Motorsport would be coming sometime in 2021. When Forza Horizon 5 was released as the year drew to a close, it was all but confirmed that we wouldn’t see Forza Motorsport until at least 2022.

That 2022 window itself is merely speculation. Neither Turn 10 Studios nor Microsoft has released an official launch date or information about a general window for release. However, based on the increasing amount of Forza Motorsport information we’ve been getting in recent months, we would expect the game to drop sometime in 2022.

What consoles will Forza Motorsport 8 release on?

The official Forza Motorsport website lists the Xbox Series X|S and Windows 10 PCs as the platforms the new game will release on. This confirms the previous speculation that the eighth Forza Motorsport instalment will not come out on previous generation hardware.

The game will be available from launch on the Xbox Game Pass. If you’re subscribed to that, you’ll get instant access to the game from your Game Pass library when Forza Motorsport releases.

There’s been no official word on the cars we can expect to find in the new Forza Motorsport. If this were a typical sequel, we might look back at Forza Motorsport 7, which featured over 700 cars and 32 tracks, and make a rough estimate from that. However, since the new game will be a series reboot—and the first on brand-new hardware, to boot—we probably shouldn’t expect anything near those figures, at least not at launch.

Especially since Forza is really good at drip-feeding car packs of cars you really want (Like all the Porsches!).

The original Forza Motorsport, which was released in 2005 for the original Xbox, featured an impressive 231 cars. Its sequels have each launched with roughly 400 cars from day one, and we wouldn’t be surprised if the Forza Motorsport reboot releases roughly that many vehicles on day one.

In a Forza Monthly interview, Forza franchise creative director Dan Greenawalt had this to say: “[Motorsport is] being developed in a new way. The community’s voice is inherent, it’s integrated into everything we do, and we’re rethinking so much of the game to stay true to that heart of competition while doing new ideas that push the genre forward.”

While that may sound like your typical PR talk, Turn 10 Studios have proven their commitment to taking community feedback into consideration in the development of Forza Motorsport. Through their Forza Feedback Panel initiative, which is an early version playtest program open to anyone over the age of 18, the community can provide valuable feedback that will help shape the game.

If you missed out on the playtests, Chris Esaki promises more in the future, so stay tuned for those. You can sign up for the Forza Feedback Panel here.

In the Forza Monthly for May 2021, Esaki described the change in the physics engine from FM7 to the new Forza Motorsport as bigger than all the changes from FM4 to FM7 combined.

Upheaval of the tire model from FM7

The new Forza Motorsport title now calculates eight points of tire-track contact (previously, the series only accounted for one point of contact). This larger tire contact patch has resulted in a behaviour model that’s nearly 50 times more detailed than in previous games. Players can expect far more realistic tire behaviour as a result—Esaki describes the difference as “night and day”—with driving surfaces feeling smoother and the overall racing experience feeling much more like the real world.

Previous Motorsport titles let players pick from a selection of tire types, but the upcoming Forza Motorsport will actually feature different compounds, each with its own grip and wear characteristics. This adds a whole new layer of strategic depth to a race, as players will now be able to adjust tire compounds and characteristics as the conditions of a race evolve.

In December 2021, Esaki once again appeared on Forza Monthly—the last of the year—to talk about the gameplay changes being introduced in the new Forza Motorsport game. This time, he focused on how his “knowledge journey” to understand how vehicle suspension works led to a “super realistic” new suspension model.

Anti-dive and anti-squat are suspension design principles that resist the transfer of load between the front and rear of a car as the driver accelerates and brakes.

Roll centre affects body roll and wear and tear on the tires. Tuning the roll center lets you sacrifice vehicle stability in exchange for less stress on your tires (or vice versa).

Although Esaki doesn’t explicitly state so, it’s heavily implied that these four aspects will all be accounted for in the new suspension model, resulting in one of the most realistic vehicle handling systems in video games to date.

The multiplayer experience will be deeper and more rewarding

According to Chris Esaki in Forza Monthly September 2021, the team at Turn 10 are aiming to make the online racing experience in Forza Motorsport much more involved and rewarding than the simple “quick race” loop found in previous titles in the series. Esaki acknowledges that players have been asking for a richer multiplayer experience for years, and Turn 10 are invested in giving that to the fans in the upcoming Motorsport game.

In Forza Motorsport, the multiplayer mode revolves around “live events,” which are real-time events that mimic the structure of real-world races. After signing up for an event, players have time for open practice before they take part in qualifiers and the featured race. Players can view an in-game calendar of all open and upcoming events open for registration, as well as scheduled times for qualifying sessions and the main event—similar to the typical schedule of real-world motorsports.

The new open practice mode is designed to help players understand themselves and the track better. Esaki used himself as an example, stating that the new corner mastery system tells him he performs best on decreasing radius corners but needs to work on his double-apex corners. The system also provides valuable data on which corners players need to improve on if they want to cut down their lap times.

For those who’d rather jump straight into a quick race, that option is still available in Forza Motorsport under the new “Hopper” system.

That wraps up our guide to all the official information released by Turn 10 Studios and Microsoft about the new Forza Motorsport title. The development team is taking their sweet time with this one, but after reading all the changes and features being introduced in the reboot, we know they’re using the extra months to really put together a racing sim that will knock the socks off newcomers and series’ veterans alike.

And to make that experience even better we’d recommend you check out the best gaming steering wheels in 2022 for racing game like this. 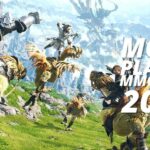 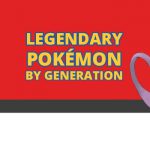 All Legendary Pokemon By Generation 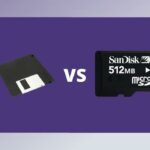 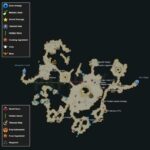