Whether you enjoy shiny hunting, Requests, or fighting your way through mass outbreaks, there’s something here for everyone!

How to Update to Daybreak

Before we check out the new content in Daybreak, let’s make sure we know how to install the latest update!

Luckily, you don’t need Nintendo Switch Online to install Pokémon Legends Arceus Daybreak. All you need is an internet connection to update your game!

There is a lot to unpack with the Pokémon Legends Arceus Daybreak update. Let’s break things down one by one!

How to Trigger Massive Mass Outbreaks

These MMOs will only last for a limited time, depending on weather conditions. It’s impossible to reach every area before the MMO subsides, so check the map and head to the closest areas first!

MMOs appear at random. Once Mai’s Request questline has been completed, you will have access to the MMO map to see what species appear in what areas. This is a great way to obtain rare, Alpha, and even Shiny Pokémon!

Several new Requests have been added into Daybreak that were not part of the base game.

Starting from Request number 95, these continue past number 120!

The best way to shiny hunt in Pokémon Legends Arceus Daybreak is with the new Massive Mass Outbreak system. However, this method only increases your odds of finding a shiny Pokémon and not the specific species you may be looking for.

Massive Mass Outbreaks can trigger secondary Outbreaks, which have a chance to spawn Alpha Pokémon exclusively. Popular YouTuber AustinJohnPlays detailed that battling Pokémon instead of catching them gives better odds for the same species to appear. Because of this, it increased your chances to find shiny Pokémon. Additionally, if the second Outbreak appears, you will have the chance to capture shiny Alpha Pokémon!

The Eternal Battle Reverie is unlocked after completing Request 102. Furthermore, you will have to have completed all main missions and catch every Pokémon in the game! After watching a brief cutscene in Jubilife City, you will unlock this new challenge mode. You’re good to go upon listening to the legendary Pokémon Arceus explain the rules!

The Eternal Battle Reverie is a gauntlet of battles. However, what makes this challenging are the restrictions placed on you. Items are forbidden, the lowest level encounter will be Lv.60, and the further you progress, those levels rise to Lv.100!

If your team faints, you will exit the mode. However, there are lots of wishes you can buy using points from victorious battles to help you. These include:

There are lots of rewards for the dedicated trainers who complete the Eternal Battle Reverie. Players can expect to receive rare items like nuggets, Rare/EXP candies, Star Pieces, and more! Additionally, those who attain a 50 battle win streak and defeat Arceus will earn an exclusive mark on their Trainer card!

The Path of Solitude is unlocked after completing Request 102. You will need to empty out your team until you only have one party member. From here, speak to Ingo, and you can battle against one Pokémon. Every Pokémon in the game has a unique 1v1 opponent.

This enemy will usually counter your choice in some way, either in type or move set. Additionally, they will never be below Lv. 60 and items in battle are forbidden.

Unlike the Eternal Battle Reverie, the rewards for the Path of Solitude are more for aesthetics. You will receive Exp candies for each win. However, the main prize is that victorious Pokémon will receive a mark in the Pokédex commemorating their achievement.

There are plenty of difficult type matchups here (for example, Rowlet‘s opponent being Cyndaquil). So make sure to brush up on your type advantages beforehand! Knowing more than “dog pokémon beats cat Pokémon” is vital to your success!

What Pokémon will be in Legends: Arceus?

While not part of the main Pokémon Legends Arceus Daybreak update, players can enter the code ARCEUSADVENTURE in the mystery gift menu to receive 30 Ultra Balls, 30 Gigaton Balls, and 30 Jet Balls.

Will There Be a DLC for Legends: Arceus?

Pokémon Legends: Arceus has recently received its latest DLC, Daybreak. It is unknown whether more DLC will be coming to the game at this time. 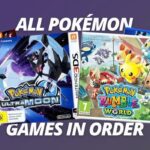 All Pokémon Games In Order 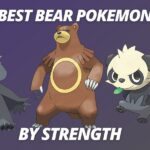