Gamer tags are a core component of your online gaming identity. After all, when trying to coordinate with your team or give constructive criticism, it’s hard to be taken seriously with a name like XxX1337SniperRapidZzXxX. Whether you are a PC gamer or a laptop gamer, Gamertags are important to your identity! Even in free games like League of Legends, your name is what defines you! Worry not, as we have some great Gamer Tag ideas for you to get started!

There are a lot of factors that make for a great Gamer Tag. Some people dedicate their entire account to a specific game or character through their Gamer Tag.

Some like to have a pun or funny meme among their community be their Gamer Tag. In most cases, it’s considered better to have only one or two words as your Gamer Tag, with numbers devaluing its originality.

If you’re struggling to develop a good Gamer Tag, check out some of our Gamer Tag ideas below!

There are lots of factors to consider when developing your Gamertag. However, here are a few things to keep in mind:

How to Change Your Xbox Gamertag

Changing your Xbox Gamertag is very easy and can be done in these simple steps!

Let’s start things off with some Universally cool Gamertags regardless of your gender or preferred game!

There is nothing better than a funny Gamertag to catch the attention of friends or teammates. A quick message from a random stranger complimenting your tag could be the start of a budding online friendship! Here are some funny Gamertag ideas!

When teabagging an unfortunate enemy in Halo Infinite, there will be ample time for them to read your Gamertag. Let them know how skillful you are not only in combat but in Gamertag taste as well!

It isn’t easy for girls to enter into the world of online multiplayer, especially when they advertise their gender. Unfortunately, this is a byproduct of such a male-dominated world and the immaturity of sexist gamers across the globe. However, if you want to let everyone know how powerful girl gamers can be, let them know with one of these Gamertags!

Online Xbox multiplayer lobbies are perhaps the only place where being edgy is somewhat respected. After all, if you can back up that edgy name with a thirty-plus killstreak, then no one will be insulting your name tastes. Check out some Gamer Tag ideas below for wannabee edgelords!

OG Gamertags are coveted relics of a bygone era that are only available if the original owner either changes their tag, becomes inactive, or decides to sell it. These are often unaltered words or phrases featuring no numbers or alterations. Some of these include the following.

How to Change Xbox Gamertag

Changing your Xbox Gamertag is very easy and can be done in these simple steps!
1. Press the Xbox button to open the guide.
2. Select Settings and then Personalize.
3. Click My Profile.
4. Click Gamertag.
5. Change your Gamertag!

How to Change PlayStation Gamertag 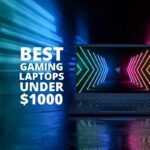 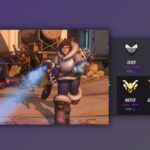 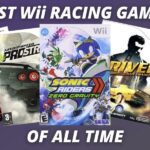