These are not sex video games but rather feature sex gameplay in the form that these are video games with sex scenes in them.

If you have played a few modern triple-A games like GTA 5 or The Witcher, you have definitely already seen some games with sex in them.

Without further ado, these are the 10 best video games with sex scenes within the story.

The sex scene in GTA V between Trevor and Ashley happens just before Johnny Klebitz confronts Trevor for having sex with his girl. During the confrontation between Johnny and Trevor, Trevor throws Johnny to the ground, smashes a bottle against his head, and stomps on his head while he is on the ground bleeding. Johnny ends up dying during the encounter.

There is one other sex scene in GTA V during a side mission where a paparazzi asks you to stalk a female celebrity. He then proceeds to give you a sex tape of the celebrity.

Fires At Midnight is a visual novel game with some sex scenes. You have different options that can unlock different scenes, however, in this specific scene in Episode 5 you can choose to put the girl away during a memory or make love to her.

The scene itself is relatively short, if you chose to make love to her during the memory, she will burst in flames and you will wake up in bed lying next to the girl.

There are other sex scenes in Fires At Midnight, but we don’t want to spoil all the fun!

Wolfenstein: The New Order features some very detailed sex scenes between the main protagonist B.J. Blazkowicz and Anya. At first, they have sex on a train after you enter the cabin Anya is in with a tray of tea and milk. Other scenes include Blazkowicz and Anya having rougher intercourse on a table in a room.

These games with sex scenes sometimes add a human element to them, giving them a more realistic feeling whilst adding to the story. Check out the video above (21 minutes long) of various scenes from Wolfenstein: The New Order and of course, a couple of sex scenes.

Heavy Rain is one of the few games with interactive sex scenes. In this specific scene, you need to push a series of buttons to undress the other, kiss, and more. This sex scene in Heavy Rain contains some nudity (obviously) and the interactiveness adds to the fun and lets you feel more ‘in’ the game.

The sex scene between Ethan and Madison has been received with positive and negative feedback. Some players find it cringe and bad, whilst others love the scene. Overall the game developers did a great job in making it feel real.

Unfortunately, having sex in video games doesn’t work the same way as it does in real life so don’t expect someone to have sex with you simply for being nice.

Released way back in 2014 for the PS3 and Xbox 360, Dragon Age: Inquisition way was ahead of its time when it comes to sex in video games.

If you click the link above, you will find a whole playlist of every sex scene in Dragon Age: Inquisition, be warned, some videos are over an hour long!

If you want to try out Dragon Age: Inquisition, you can also get it on the PS4 and Xbox One.

The Mass Effect series has always been loaded with some steamy sex scenes. The interesting thing about the sex scenes in Mass Effect is that they could be between various species. Yes, you can have sex with an alien in Mass Effect.

Mass Effect: Andromeda has some terrible facial expressions and animations but the sex scenes are still interesting and fun to watch.

In the link above, you can watch the full videos of every romance scene in Mass Effect: Andromeda between various characters. Enjoy some sex scenes with Cora, Peebee, Suvi, and even some gay scenes. There are endless options in Andromeda for you to enjoy.

Featuring a vast amount of nudity and sex scenes, The Witcher 3 makes these scenes very believable and real with great acting, animations, and a general feel to the game. The Witcher 3 is a must-try game, and not just for the nudity but also for the amazing plot and story.

For the most part, the nudity can’t be avoided in the Witcher 3 and some of the sex scenes seem unavoidable as well, however, depending on what dialogue options you choose, you can actually avoid most of them but who would want to do that.

The most memorable scene is when Geralt and Yennefer decide to do it on top of a unicorn (see the video). Geralt seems to be the type that is down for anything, even if it’s a little weird.

God of War is available on almost every PlayStation (except the first one as the game wasn’t made yet) so give it a try as the campaign is absolutely amazing.

At number one is non-other than CyberPunk 2077, as we all know already, the game is full of sex scenes. There are 4 fully romance-able characters (Panam, Judy, Kerry, and River), and various other sexual encounters to feast your eyes on.

In CyberPunk 2077 you can change the size of your genitals to match your own desires and you can even visit tons of sex workers and Joytoys that unlock various sex scenes. 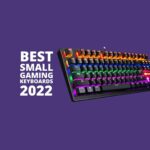