The best Twitch Thots are streamers on Twitch (hence the name), Facebook, YouTube, and other streaming platforms that purposely act sexual and pretend it was an accident.

For the best Twitch thots, this helps them gain fans and donations from guys we call ‘Simps’ who desperately await for more ‘accidents’ after they give their donations.

Many of the best Twitch thots will use their body for personal gain and also get fans on other paid platforms.

This top 12 list of the best Twitch thots of 2021 will not include legitimate streamers with quality on Twitch but will only feature those who on multiple occasions commit thottery and/or are known for this specifically and/or get banned for the reason of exposing themselves too much. You might also see some of the most popular Twitch thots on here. Let’s begin.

Bridgett has been banned before for ‘suggestive content’, however, it’s very likely Twitch just doesn’t like what she wears on her stream. You can often find Bridgett partially laying down in her gaming chair with high socks, shorts, and a skimpy shirt with some cleavage. Mr Beast also gave her a generous amount of money in the past.

Female streamer Quqco is not per se committing thottery on a daily basis, but she has been banned specifically for the reason of exposing too much. Often times doing cosplay where it was a little too revealing for the likings of Twitch.

Quqco’s Instagram also features some revealing/spicy content despite her innocent appearance. Quqco was recently seen participating in the dating game show on Twitch with DisguisedToast and I believe she was the runner-up. You missed out here Toast, she was totally into you.

Body paint in general is fine but streamers like MizzyRose basically wear nothing but paint and pretend that is OK on a platform full of kids. That is some next level thottery and definitely puts MizzyRose in the list of the best Twitch Thots.

AriGamePlays has already been banned for suggestive content, and her Instagram alone is full of pictures of her cleavage, literally every single picture.

AriGamePlays, who was a very popular female streamer on Twitch did have over 1 million followers at the time and has since then moved on to Facebook Gaming where it’s only a matter of time until the next ban.

Honestly, don’t bother with this thot. InvaderVie doesn’t often post explicit content but she does have a few pictures on Instagram. However, she is not on this list of the top Twitch Thots solely for this reason. InvaderVie has been a topic of discussion in the past because she would demand that unsubbed users subscribe and are cheapskates if they don’t.

I would put InvaderVie at the top of the list but we all know that Alinity takes that spot.

This one is not really 2020 but still deserved a spot. The only reason ZoieBurgher is somewhat high on this list is that she is no longer relevant. However, back around 2015, she would always stream on Twitch and YouTube wearing practically nothing.

She was the best Twitch thot at the time and there is plenty of content around featuring her. We are unsure what she is doing now but the OG Queen of Thottery is probably out there somewhere getting banned for being indecent on camera.

Lucia_Omnomnom actually did the ultimate thing that would get you banned on Twitch. She took off her shirt and not only her shirt, but her bra too which revealed everything.

Apparently she ‘forgot’ that she was streaming and decided to take off her clothes exposing everything. For those wondering, the video is still available online.

Pink_Sparkles is a pretty popular Twitch thot with breasts too big to contain in her shirt. She is known for dating the popular World of Warcraft streamer Asmongold in the past.

STPeach has over 1 million followers on Twitch and has been banned before for playing dance games with minimal clothing on.

If you visit STPeach’s Instagram, it’s clear that she likes to show off her body (which is fine), but it does add a little bit to thottery since Twitch is mainly used to gain fans for other channels where it’s OK to act in this way.

popular female streamer Amouranth is a famous example of the word Twitch Thot. Amouranth has been banned multiple times and has a strong simp army behind her.

Amouranth’s Instagram is completely filled with pictures where she exposes herself and is usually wearing next to nothing.

One can only assume that Twitch is just a side-gig at this point to get the users to her paid Patreon.

Momo Okimoto was also recently featured on a Dating Game Show with the famous streamer Disguised Toast. She actually won the competition too.

For those who don’t know, OF tends to have adult content where people pay a subscription fee to view videos/pictures of the person they are subscribed to. Generally, this would automatically make Momo Okimoto a Twitch Thot as she uses Twitch to get her simps fans to pay for her other content.

The article just wouldn’t be complete without Alinity at the top of the list. She is well known for being a Twitch Thot, in fact, Alinity shows up on UrbanDictionary as the very definition of Twitch Thot.

She has done many things that break the rules and has also done many bad things against others that mention her in any way.

There are tons of compilation videos of Alinity committing thottery on YouTube and there are tons of articles about her alone. She somehow manages to get away with a lot on Twitch and seems to attract a lot of controversies, specifically a feud between her and PewDiePie, exposing herself on camera, and mistreating her animals.

As you might have noticed, some famous female streamers like Pokimane were NOT on this list. That is because despite being banned, they genuinely behave like normal civilized people and don’t do ‘oopsies’ with the intention of gaining fans or money.

Check out some of our other content, or start streaming yourself with a prebuilt streaming PC. 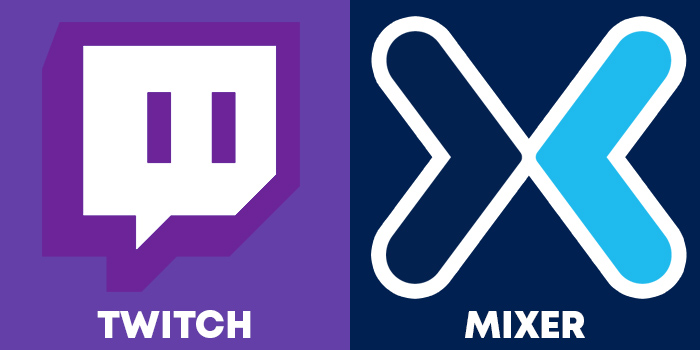