The most popular Twitch streamers are coming to the forefront of society. In 2023, these ten individuals will be streaming their lives and all that they do on this platform! From video gamers who play every waking moment imaginable to content creators with millions upon millions of followers; there’s something for everyone on our list today – isn’t it time you got acquainted?

*NOTE: we’ll be leaving off companies and groups, such as Riot Games, and focusing on individual streamers.

Morris was a successful World of Warcraft player, reaching top rank with over half the Twitch followers viewing him. But after switching from Xfire in 2012 he found an even larger audience on online gambling sites where his knowledgeable commentary helped win them over to join Morris’ channel!

A 10-year veteran of the Twitch scene who has long hovered around the top spot in viewer rankings still makes the top 10 in the world (just) despite a two week suspension in April.

He’s also a co-owner of and content creator for the gaming organization One True King.

The 26-year-old gamer, Anys created her Twitch account in June 2013. She began streaming later that year with a $250 PC she bought off of an online marketplace after reaching Platinum rank for League Of Legends; The name Pokimane is made by combining Pokémon and imané (which means ‘name’).

Pokimane is famously known for her role in OfflineTV, a content creation house of streamers where a bit too much drama tends to happen. You can barely go a month without seeing some kind of drama inside that house.

She is currently the most popular female streamer on Twitch. A great achievement and her excellent sense of business are likely to help her grow further.

UPDATE: She recently announced that she’s going to be taking a break from twitch with no return date so we aren’t sure how this will impact her rankings but we only wish the best for this amazing streamer.

TheGrefg is a content creator who loves making people laugh. He has a quirky sense of humor and enjoys poking fun at the absurdities of life. He’s also an avid gamer, and loves nothing more than spending hours on end playing his favorite games.

TheGrefg started creating content in early 2017, and quickly built up a large following on YouTube and Twitch. His videos are always full of laughs, and he never hesitates to poke fun at himself or the world around him. He’s a master of sarcasm, and his viewers can always expect a good dose of humor with their gaming news and commentary.

Shroud is one of the most popular Twitch streamers in the world. He got his start streaming Counter-Strike: Global Offensive and has since branched out to other games, including PlayerUnknown’s Battlegrounds and Fortnite.

Shroud is known for his quick wit, strong competitive spirit, and willingness to help others.

You will often come across a video of popular streamer xQcOW on Reddit or 9gag, mostly funny snippets from his streams on Twitch and sometimes a controversy or two.

xQcOW or better known as just xQc is a former professional Overwatch gamer. xQc now focuses purely on content creation and recently signed to Luminosity Gaming as a content creator.

There are unfortunately many controversies around xQc. He was permanently banned from League of Legends for being toxic, and he was continuously suspended from Overwatch for various reasons. To make things worse, he was also banned a couple of times on Twitch for stream sniping during Twitch Rivals, and a few times for showing nudity on stream.

Tfue is one of the most successful Fortnite players in the world. He’s won numerous tournaments and has made a name for himself as one of the best in the game. Tfue is known for his quick reflexes and his ability to read the battlefield quickly. He often makes last-minute maneuvers that catch his opponents by surprise.

ibai is a twitch streamer who loves to make people laugh. His wit and humor are unmatched, and he always has a clever comment ready for his viewers. ibai loves playing video games, and he is particularly skilled at first-person shooters. He’s also a big fan of streaming himself eating food – his favorite dish is chicken curry!

Rubius or otherwise known as El Rubius is a Spanish streamer. He quickly climbed the ranks playing games like Among Us, Minecraft, and just doing a bunch of random games.

Popular Twitch Streamer Rubius also has a very successful YouTube channel, amassing almost 40 million subscribers. He became increasingly popular on YouTube with the Spanish audience and has since then outpaced even Ninja in the most consecutive viewer during a Fortnite stream.

AuronPlay is a Spanish Streamer famously known for his satire content. He can be found playing GTAV, Minecraft, and Among Us.

In 2020 auronplay was listed as one of the top 100 influencers in Spain. He also has a YouTube channel where he does commentary on videos found online.

Ninja is the most popular Twitch streamer if you go by followers only. Ninja started out making a name when he began playing Halo 3 professionally in 2009. He has played for many teams, such as Team Liquid and Cloud9, but switched over to Battle Royale games.

Ninja finally settled on Fortnite when it just came out in 2017 and his popularity grew immensely, exceeding anyone in the industry previously.

Being the most popular Twitch streamer means that his viewership numbers and content are nothing to scoff at. Ninja’s main talents are his upbeat personality that has a unique charm to it. Exceptional talent at playing games is also something he has going for him. The way he interacts with his audience allows Ninja to show a bit more of his personal side.

Although Ninja did hop onto the bandwagon trend a bit, he has established himself in the Twitch community. Being partnered with Red Bull Esports and being the first professional Esports player to be featured on the cover of ESPN means he is unlikely to disappear anytime soon.

Who is the biggest female streamer?

Pokimane is the largest female streamer with over 9 Million followers. She’s the 9th biggest in the world.

Who is the most followed Twitch streamer 2023?

Ninja. With over 18 Million followers he has a very big lead as the largest streamer in the world.

Who is the highest paid streamer? 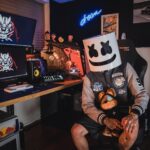 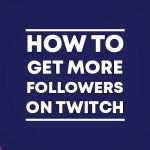 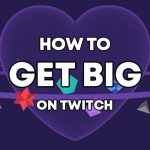 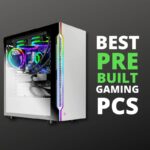