In the Pokemon games, each Pokemon has a nature that determines which of its stats will be increased or decreased. There are a total of 25 different natures in the games, and each nature affects a Pokemon’s stats in a specific way.

This means that the Pokemon will be more powerful in physical attacks, but will be weaker in special attacks.

This means that the Pokemon will be more powerful in special attacks, but will be weaker in physical attacks.

In addition to affecting a Pokemon’s stats, each nature also has a preferred flavor and a disliked flavor.

Choosing the right nature for a Pokemon can be important when building a competitive team, as it can help to optimize a Pokemon’s stats and abilities to suit its role in the team.

What Is Pokemon Nature?

Every Pokemon has a unique nature that determines its personality and affects certain stats. The nature of a Pokemon boosts one stat by 10% while decreasing another stat by the same amount.

The stats that can be modified by nature include Attack, Special Attack, Defense, Special Defense, and Speed, but not HP.

In addition, each nature is associated with a preferred flavor and a disliked flavor. You can view a Pokemon’s nature by checking its summary in the game menu.

There are 25 possible natures for a Pokemon, but 5 of them (Bashful, Docile, Hardy, Quirky, and Serious) do not have any effect on the Pokemon’s stats because they do not increase or decrease any of its stats. These natures are considered neutral.

The complete Pokemon Nature Chart is given below for your reference:

There is no one “best” nature for a Pokemon, as the most suitable nature depends on the Pokemon’s abilities and how you plan to use it in battle.

If you want to focus on physical attacks, you may want to choose a Pokemon with an Adamant nature, which increases Attack and decreases Special Attack.

On the other hand, if you prefer to use special attacks, you may want to choose a Pokemon with a Modest nature, which increases Special Attack and decreases Attack.

If you prefer to keep a Pokemon’s stats unchanged, you can choose a Pokemon with a neutral nature. The choice of nature is ultimately up to the player and how they want to use the Pokemon in battle.

We hope this guide has provided a thorough understanding of the Pokemon nature mechanic and its role in the games. This feature can add an extra level of strategy and flavor to your gameplay, so it is worth considering when building a team. 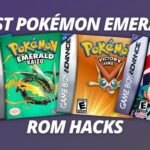 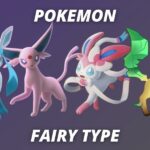 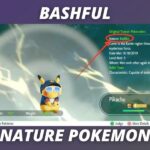