It’s time to head down to the woods and make some magic as we check out the best Fairy type Pokemon!

As is such, we’re going back to the Pokemon X and Pokemon Y days – interestingly, these were the sixth generation games with which this new type was introduced – the first one since the second generation.

Intended to balance out Dragon, Poison and Steel, Fairy type creatures may not be that plentiful in terms of overall numbers – with only 65 out of more than 900 creatures – but they boast some of the mightiest power among all Pokemon.

Would you like to know which ones? Then take a peek at our best Fairy type Pokemon list today!

Enamorus is a pretty amazing addition to the Pokedex, considering it’s one of the most recent starters with a reference number of just #904!

While Enamorus can be found in two forms – Incarnate and Therian – its Incarnate form has some rather impressive features.

For one, its Defense and Sp. Def are admittedly on the lower side, but this is balanced out by an incredibly high Speed stat. Plus, Enamorus’ Incarnate form has a unique ability called ‘Healer’, which can be used to help restore the negative status conditions of an ally Pokemon.

All in all, it’s no surprise that Enamorus has earned itself a spot among the top-tier Fairy type Pokemon so quickly!

With Enamorus’ Therian Forme appearing on our list, you’d expect quite a few differences from its Incarnate Forme.

Stats-wise, it’s slightly slower but more defensively built – and the ability it has in its Therian Forme is entirely different too! Instead of Healer, it has Overcoat, which shields When it comes to looks too, you’ll notice a whole new visual flair: rather than the genie-esque look of its Incarnate Forme, Enamorus looks more like a turtle in its Therian Forme.

So if your collection was missing either form of this exciting Fairy-type “genietle”, now’s your chance to add them both!

Altaria, first introduced in the generation three titles Pokemon Ruby and Pokemon Sapphire, is both Flying and Dragon type making it stand out from the rest!

Its Mega variant – found in Omega Ruby and Alpha Sapphire – takes things a step further as it becomes Dragon and Fairy type. Mega Altaria may not have great HP or Speed stats, but with consistent Attack, Defense, Sp. Atk and Sp.

Def stats it is sure to be a reliable partner for your team. It also has the Pixilate ability which boosts any Normal type Attacks to Fairy type by 20%, making it one of the best fairy type pokemon around!

So if you need a supportive fairy type Pokémon that can offer defense as well as offense you know who to call: the mighty Mega Altaria!

Diancie is a Jewel Pokemon that made its debut in the sixth generation titles Pokemon X & Y, where it was available only via special events.

It boasts both Rock and Fairy types, and its Clear Body ability grants it protection from decreased statistics; this is great because Diancie’s Speed and HP stats are weaker than average. But why is it so highly ranked on our best fairy type pokemon list?

Well, despite having lower stats in some cases, it does have above average Attack and Special Attack. And when talking about Defense and Special Defense – this Pokemon truly shines!

If used correctly, Diancie can be an incredibly tough fairy type pokemon to reckon with!

This unique Pokemon was created by an extremely intelligent scientist, and turns out to be a great asset on anyone’s team. Magearna has strong Sp. Atk, Attack and Defense stats, giving you plenty of options when putting together the perfect squad.

On top of that, Magearna’s Soul-Heart ability increases its Sp. Atk every time one of your teammates faints – how useful!

It may be hard to get hold of this fairy type powerhouse but it certainly makes the effort worthwhile – make sure you add it to your Pokémon roster before going out to battle!

Gardevoir, the fairy type Pokemon that first made its appearance in Pokemon Ruby and Sapphire, isn’t one to be overlooked.

Its evolved form of Kirlia is as powerful as they come with great Sp. Atk and Sp. Def stats, but its Mega variant used in Pokemon X and Y is where it truly shines.

Boasting one of the best special attack stats in the entire Pokedex, Gardevoir’s Mega variant makes for one powerful fairy type — you won’t regret having this guy on your team!

Zacian (Hero of Many Battles)

Zacian is the fairy type pokemon that arrived late to the party and although it has a recent debut in Pokemon Sword and Shield on the Nintendo Switch, it has proven to be incredibly powerful.

With impressive Speed stat and amazing Attack stats, this Pokemon is one of the fastest in the Pokedex and its Hidden Sword Ability increases its attack when it enters into battle.

Not only is Zacian one of the best fairy type pokemon, but there’s more of this warrior to come on our list!

Xerneas, the fairy type Pokemon that was added to the Pokedex in the sixth generation games – Pokemon X and Y – is also known as the “Life Pokemon,” and it definitely lives up to its name!

With impressive stats in HP, Attack, and Sp. Atk, it’s no wonder why Xerneas is seen as one of the top three fairy type pokemon out there.

On top of its base strength, it also carries the Fairy Aura ability which serves to raise power by a third for fairy moves both on Xerneas and all others on the battlefield- talk about impressive! And even though Xerneas was initially exclusive to Pokemon X, it can now be found in Pokemon Ultra Sun within the Ultra Space Wilds too.

A powerful pokemon that comes with some great capability? Heavy hitters like Xerneas are definitely worth tracking down.

It’s time to take a closer look at Mega Diancie! This fairy type Pokemon may have disappointing HP but that’s certainly not the case for its other stats.

Both its Attack and Sp. Atk stats place it among the few strongest attackers in the whole Pokedex. What’s more, Mega Diancie comes equipped with the fantastic Magic Bounce ability, which reflects any status-altering moves back onto the unfortunate attacker! Clearly, this fairy type packs a powerful punch – so we can easily place Mega Diancie in second place on our list.

But which will be our number one? Keep reading to find out!

It shouldn’t come as a surprise to see Crowned Sword Zacian topping our list of best fairy type Pokemon, considering it also made its way into our very own best Pokemon team.

It earned the coveted #1 spot amongst over 900 Pokemon in the Pokedex for its incredible offensive capabilities and speed, making it one of the most dominating fairy-types out there.

With an Attack stat that has no equal among fairy types and some of the highest Speed stats in the entire Pokedex, Crowned Sword Zacian is a force to be reckoned with! 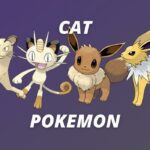 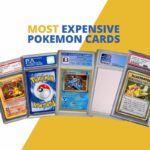 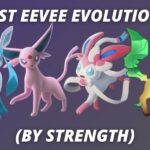 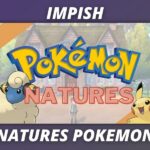