Pokémon really hit its stride when entering its third generation. The Pokémon GBA games did a lot to progress the series. Double battles, natures, and 135 new Pokémon can all be found in these titles. However, when it comes time to rank them, things can get pretty tough!

In total, seven games Pokémon GBA games were released. However, a ton of Pokémon ROM hacks take place in this generation. Furthermore, FireRed is one of the most popular base games to ROM hack of all time!

So, let’s take a look at some of the best Pokémon GBA games ever released!

Starting off the list, we have the pinnacle of Pokémon pinball titles! The original Pokémon Pinball came out on the Game Boy Color. However, the Ruby & Sapphire version improves on almost everything! The graphics, the maps, and the sound effects are all great here!

Moreover, there are several mini-games and egg hatching to be done in Pokémon Pinball: Ruby & Sapphire. The only reason it places at the bottom is that, when all is said and done, this title is still just a glorified pinball game. However, if you’re going to play pinball, why not make it Pokémon Pinball?!

With the sparkling release of the Nintendo DS, the GBA was on its last legs. However, Nintendo did not want to stop support for the handheld just yet. This is because many had yet to buy a Nintendo DS yet. Therefore, not releasing a brand new Pokémon game on the old system would cut out a lot of the player market. So, Blue Rescue Team was released on the DS with Red Rescue team coming to the GBA.

While the latter Mystery Dungeon titles would improve on both story and gameplay elements, for a first title, Blue and Red Rescue team did a great job! Red Rescue Team, in particular, was just as fun as its DS counterpart despite being on an outdated system!

Pokémon FireRed and LeafGreen are some of the most beloved Pokémon games of all time. This is because, for many, they were the first time new players could experience generation one!

With shiny new graphics and three generations of Pokémon available to collect, FireRed and LeafGreen stand as some of the most influential games of all time! After all, they proved that remaking old Pokémon games will simply print money!

LeafGreen places slightly below FireRed. While both games are essentially the same aside from a few version exclusives, for just how prolific FireRed is in the Pokémon ROM hack community, we thought it deserved a higher spot.

Pokémon Ruby and Sapphire are the first official entries into the third generation of Pokémon. As mentioned, these games introduced natures, abilities, double battles, and several other core mechanics that remain staples of competitive and casual play.

However, they also introduced unique elements such as Pokémon contests! Similar to FireRed and LeafGreen, Ruby and Sapphire are pretty much the same game. So, why is Ruby lower? Because Groudon gets destroyed by Kyogre of course!

Pokémon Sapphire is the counterpart to Pokémon Ruby. Both games are the same except for the version exclusives and the role the enemy team plays in the storyline.

Depending on your version, either Team Magma or Team Aqua will be the ones asking for your support, while the other will actively try to hinder your progress. However, as the story progresses, it becomes apparent that both of these teams are less than trustworthy.

Pokémon FireRed is a remake of generation one’s Pokémon Red. There is not much to say about this game that hasn’t been said already but we must reiterate that this is one of the best Pokémon games of all time.

Generation one is beloved by Pokémon fans, new and old. However, the multitude of glitches, lack of any quality of life features, and sub-par sprites make it hard to reply. Pokémon FireRed ensures your future generation one play-throughs will go off without a hitch!

Additionally, while Pokémon Fire Red has arguably a larger catalog of Pokémon ROM hacks, Pokémon Emerald Kaizo is one of the most popular Pokémon ROM hacks of all time next to Renegade Platinum. That has to count for something!

Several sprites have been updated in this title as well as the removal of most HMs. Because of this, the quality of life for this game has been improved immensely. Additionally, the storyline of this game follows that of the original anime, so veteran viewers will never get lost!

Don’t like playing as Ash? Why not play as Red instead?! However, this is not the Red you know from the original Pokémon games. Instead, this title focuses on the journey of Red as seen in the Pokémon manga!

In this title, Red is joined by his faithful Clefairy and must journey far and wide collecting Pokémon and gym badges. Several battles found in the manga are taken and repurposed in this game making it a love letter to anyone that read the manga.

Pokémon Radical Red is a difficulty hack of Pokémon FireRed. Not much is changed aside from the improved trainer AI. However, there are several inclusions here that net a playthrough.

First and foremost, nearly all Pokémon are available to catch in this game including Mega Evolutions! Additionally, these Pokemon have been buffed to make even the weakest of them viable. Finally, Pokémon Radical Red allows you to switch your Pokémon’s abilities making for a unique experience every time!

Another hack of FireRed, Pokémon Gaia introduces Pokémon from Kanto to Kalos! These Pokémon’s artwork has all been updated and given texture tweaks to make them look as modern as possible!

Newer Pokémon has been changed to fit into the FireRed style and it’s very interesting seeing how newer Pokémon look in such an outdated style.

Pokémon Glazed is a ROM hack for story enthusiasts. The game takes place in a Universe in which our modern world has collided with that of the Pokémon world. A dream come true for some but a catastrophe in actuality.

You must journey across the Rankor region incorporating several mainline generations of Pokémon and try and stop this calamitous collision from destroying both worlds!

Utilizing Pokémon Ruby and Sapphire’s engine, Light Platinum is one of the largest ROM hacks ever created. Two regions are available to explore here named, Zhery and Lauren. In these worlds reside Pokémon from Kanto to Unova!

Additionally, Light Platinum includes every available legendary Pokémon, which can be caught via traveling to different dimensions. Battle your way through tons of gym battles before making your way to the Pokémon World Championships!

Pokémon Unbound is one of the newer Pokémon ROM hacks and is steadily making a name for itself in the community. This hack of FireRed includes new areas and sidequests, all wrapped up with modern-day quality of life features.

Z-moves, Mega Evolution, and more are all possible here, and, should you choose to Nuzlocke this game, things can get pretty hectic pretty quickly!

Widely considered to be the best GBA Pokémon game is Pokémon Emerald because it has the most advanced features and the Battle Frontier.

Can You Trade Pokemon GBA Games on DS?

It is not possible to trade Pokémon GBA games on the DS as they require a link cable. However, it is possible to transfer Pokémon from your GBA game to your DS.

There are lots of ways to spot fake Pokémon GBA games including misplaced ESRB ratings, discoloring, and mislabeled stickers.

There are lots of ways to spot fake Pokémon GBA games including misplaced ESRB ratings, discoloring, and mislabeled stickers.

There are lots of ways to tell if a Pokémon GBA game is fake including misplaced ESRB ratings, discoloring, and mislabeled stickers. 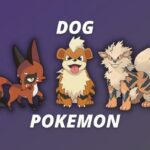 Every Dog Pokémon on the Pokédex Listed 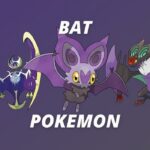 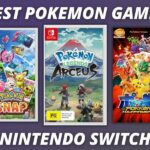 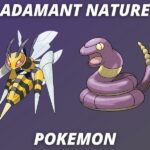