Pokemon is considered to be the biggest media franchise, including popular anime series, films, and accessories.

Pokemon Go, a spin-off game, has had more than 1 billion game downloads globally.

With such a large Pokemon fan base, many gamers are seeking for the best Pokemon emulators for PC to boost their gaming experience.

Emulators have been in existence for a while. For those who don’t know what an emulator is, it allows you to play specific games on devices that weren’t made to play them.

Usage of devices or software intended for the guest system on the host system is often made possible through an emulator.

In short, it’s software that can simulate games for those earlier systems and persuade required systems to act in ways that they wouldn’t otherwise.

Despite the numerous of Pokemon emulator alternatives, the great majority of them fall short in terms of performance.

For your convenience, we’ve put together a list of the top 5 best Pokemon emulators for PC so you can easily choose the suitable one.

Games for the Gameboy and Gameboy Color can be played on a PC via the BGB Gameboy emulator.

It accomplishes this by utilizing a number of gameplay-enhancing features, including gamepad compatibility, excellent sound and visuals, fluid Vsync animation, and reduced latency.

Additionally, it has a debugger that enables you to examine and investigate the emulation, generate cheat codes, and help with the creation and modification of ROMs.

Due to BGB’s excellent level of emulation accuracy, if your ROM runs in BGB, it will probably run on hardware as well.

BGB is not one of those emulators that requires you to press a button a few seconds beforehand in order to perform attacks or moves in time.

As the latency is quite minimal, and the clicks respond very quickly.

While using BGB, it absolutely has the same experience as playing the actual GameBoy game, and implementing hacks just heightens the enjoyment.

So, fans of emulators all over the world still hold BGB in the highest regard.

It is most known for simulating DMG games and plays exceptionally efficiently on Windows PCs, letting players recreate all those unforgettable Pokemon experiences whenever and wherever they want to.

Although the user interface may seem a little outdated, this emulator’s dual nature is one feature that makes it unique from all the other Gameboy emulators.

Yes, as the name suggests, you can play two games simultaneously on TGB Dual.

This feature may also be used to play two games at once with a friend by letting each of you choose a controller.

It’s a great way to use emulators, and there aren’t many such emulators available that can offer two games running simultaneously or one with a dualistic nature.

TGB Dual may not be the best or most integrated Pokemon emulators emulator available for PC, but it more than compensates for it by providing one dual functionality that other emulators lack.

When playing Pokémon Red and Blue concurrently to swap Pokémon across the games, this dual-playing function is fantastic.

The TGB Dual’s feature to perform wireless combat with older Gameboy titles is another bonus.

Having TGB Dual installed on your friend’s computer is the sole prerequisite for this.

Additionally, if a friend is nearby, you may play with them without any difficulties. The Pokémon game only has to be downloaded, installed, and can then be played on the emulator.

With TGB Dual emulator, take on the same game in pairs, or play complete other games by yourself.

This is useful if you enjoy playing several different games and don’t want to deal with switching emulators. The game runs smoothly and maintains a constant frame rate, making it suitable for PCs with average processing speeds.

In certain aspects, this advanced Gameboy emulator with its wealth of features could even be superior to the actual thing.

Players are also able to use elements that are actually not available on original Gameboys.

The game becomes completely customizable, and you may save your progress at any time. It is one of the older emulators available and has undergone extensive improvement.

This software continues to receive updates and delivers the greatest results. It guarantees that all issues are fixed and that it runs well on both old and new PCs.

Players may also capture the exact moment their favorite Pokemon is caught and relive it endlessly.

Additionally, you get the fundamental aspects like the ability to utilize save states and change the settings in any way, along with a decent frame rate.

In light of all of its features, Visual Boy Advance is among the top Pokemon emulators for PC gaming.

The software comes with almost all the options and features you’ll ever need to have fun playing Pokemon games.

RetroArch is undoubtedly one of the best Pokemon emulators for PC and is worth giving it a try for anybody seeking an emulator that supports multiple consoles as well as every Pokemon title.

It offers a full gaming experience with a tonne of fun and interesting features. Rather than just replicating the internals of a single system, it employs cores to imitate all of our favorite devices, from the VirtualBoy to the 3DS.

There are numerous ways to use this potent emulator, starting with the Nintendo 64 and moving on to the Nintendo 3DS.

With its smooth graphical interface, you may play old games on a variety of PCs and gaming consoles. Additionally, settings are consolidated to make configuring a one-time process.

It includes a wide range of functionalities, including run-ahead, shaders, net play, replaying, and many more. “Cores” is another different feature of RetroArch.

Each Core is created to meet certain requirements, from accuracy and speed to different use cases. Pokémon video games may be played on Windows PCs by using a variety of cores and RetroArch.

RetroArch is constantly updated by the developers, who also make enhancements to the current cores. RetroArch is a must if you want a feature-rich alternative on your PC. Cross-platform compatibility is another benefit of RetroArch if you want to utilize this emulator across a number of platforms.

When it comes to running Nintendo DS games, Citra is a true pro and is a remarkably well-designed emulator and it functions without any issues on practically any operating system. The 3D graphics on this system are improved over those on the Nintendo console and provide greater resolutions.

Beginning with the exterior, we have the choice between two different theme options: dark and bright, with the option of colorful flair.  The UI of the Pokemon emulator for PC is typical and comparable to that of other emulators.

This emulator features multiplayer capability so that you may experience your favorite Pokémon games with friends at an incredible 4K resolution. Citra also supports multiplayer, allowing you to play your beloved old games with your loved ones.

The open-source project Citra had its formal debut as test software in 2015. It had to be run via the command line because there was no front end, but it has since been improved.

On Citra, games will operate at 60 frames per second (fps) and 400×200 resolution from the original screen. Some games may be played similarly to how an Xbox 360 controller is used.

These features result from models and textures being sufficiently comprehensive throughout several versions.

It also offers to connect a joystick as well, so there’s no need to explain why it belongs on the list of the best Pokemon emulators for PC. There are several choices available for you to experiment with.

These five emulators are the best for allowing you to experience some of your favorite Pokemon games while playing them on your PC.

From all of the alternatives included in the post, we hope you were able to select the appropriate emulator you were searching for.

Though each of these emulators has its unique advantages, they are all capable of running some of the most well-known Pokemon games at an incredibly high level of performance that can even compete with the actual consoles. 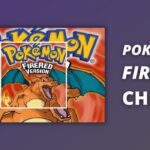 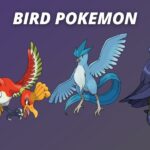 Best Bird Pokemon Of All Time 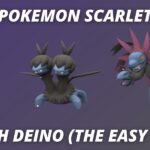 How To Get Deino In Pokemon Scarlet (The Easy Way)